Not All Networking Looks the Same 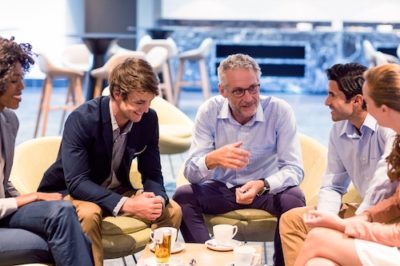 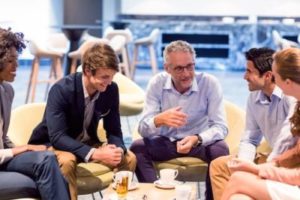 Every job seeker knows that the majority of jobs today are found through networking. Even executives with extensive careers and who are considered to be experts in their industry have to always be working on their c-level personal branding. There are many misconceptions about networking, including the common belief that it’s not necessary to find a job. Here’s what you need to know about networking to clear up those misconceptions.

Don’t Think of it as Asking for Favors

When people think of attending a networking event, it can make some people uncomfortable. It may feel  as though you are going simply to ask for a favor. However, your mindset going into a networking event should not be to ask for favors. Rather, it should be to generate engaging conversations with like-minded professionals and see where the relationship goes from there. Asking someone for a favor is not recommended since it could negatively impact your c-level personal branding.

Networking comes in many forms. It’s not all about large, formal events anymore. It can be as simple as making connections through your Linkedin profile. If you make good conversations with someone, ask if they would like to grab coffee or lunch. Networking doesn’t have to be defined as attending a formal event. Making conversations with people informally is still considered networking and can even be more valuable since you have a one-on-one connection with the person.

You may not be aware of the hidden job markets. These are jobs that aren’t necessarily posted anywhere, not even on job boards. They are typically high-level executive positions, and you have to know someone to even know there’s a job available. Networking is a perfect way to do it. Keeping up with connections on your LinkedIn profile is an effective method and could lead you to opportunities you didn’t even know were available.

Networking Can Help You Reconnect

Why do you have that entire list of LinkedIn connections if you never take the time to reach out to them. Once in awhile, go through your list of connections on your LinkedIn profile and reconnect with them. You don’t have to be actively searching for a job to do so. Your connections will likely appreciate you reaching out to them just to get an update on how their career is going. It’s great for c-level personal branding to always keep your name at the forefront of people’s minds, and making simple conversations is a great way to do it.

When you hear someone talk about the need to network, if may take you back to large, over-crowded rooms where people mill around shaking hands, handing out business cards, and trying to find a job. Networking has changed with the changes in technology. There are so many ways to network these days, and it is important to keep your connections fresh. You never know when you may connect with someone who has the next opportunity for you.